100 years in the Developing Flow of Profound Quality Knowledge 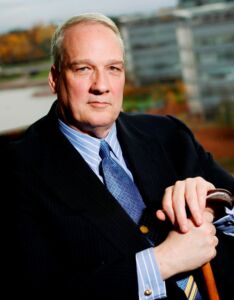 In 1923 Walter A. Shewhart wrote a one-page memorandum and changed quality. This speech begins with an explanation of the quality maturity at that time and describes the motivating factors that influenced Shewhart’s innovation. The presentation will then describe how thinking processes evolved over the past 100 years to create an evolutionary flow of ideas that has resulted in a modern way of Managing for Quality based on a blending of process thinking with statistical methods and human factors to develop the current state of quality.  The structure of this intellectual development will use an application model created by Kaoru Ishikawa to describe this developmental pathway. The final part of this presentation will present the challenges that are confronting quality professionals as they seek to practice their profession in a digital age by developing a system that delivers “profound knowledge” to assure sustainable organizational results.

Gregory H. Watson has both MSIE and PhD degrees from the IEM Department of OSU. While a student at OSU he was inducted into Phi Beta Kappa, Sigma Xi, Tau Beta Pi, and Alpha Pi Mu honor societies.

Dr. Watson is a Past-President and Fellow of the American Society for Quality (ASQ) and Past-President and Honorary Member of the International Academy (IAQ) for Quality. In addition, he is a past-Senior Vice President and Fellow of the Institute for Industrial and Systems Engineers (IISE). He received the George L. Smith Award from IISE for Excellence in Engineering recognizing his international work promoting industrial engineering and is a co-founder and Honorary Member of the Asian Network for Industrial Engineers.

His specialty areas in industrial engineering include quality and reliability engineering, value engineering and statistical engineering. Dr. Watson was the initiator and designer of the original Lean Six Sigma training program developed by the ASQ based on the work of Motorola. He has received over 40 awards and honorary memberships recognizing his work, most notably, he was the first non-Japanese and the only Westerner to receive a Deming Medal from the Union of Japanese Scientists and Engineers – the W. Edward Deming Award for Dissemination and Promotion (Overseas).

Other notable awards Dr. Watson has received include: ASQ Distinguished Service Medal, Founders Medal from the International Academy for Quality, Georges Borel Medal from the European Organization for Quality, C. Jackson Grayson Medal from the American Productivity and Quality Center. He has been recognized by the European Federation of National Engineering Institutes as a Lifetime Systems and Industrial Engineer (European Engineer (EUR Ing)). Dr. Watson is the author of 12 books and over 600 articles, speeches and papers on topics related to his specialty areas. Dr. Watson is an Honorary Member of the Estonian Quality Association and has been awarded by EQA with a Lifetime Achievement Award and he lives in neighboring Finland.